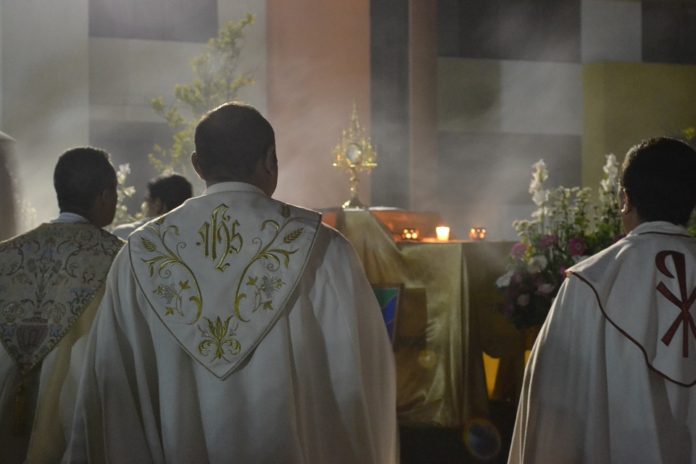 This is a historic year for Catholics in Bangladesh as they celebrate 500 years of Christianity, reports Asia News. Thousands of Catholics flocked to the city of Chittagong (recently renamed Chattogram) on February 7-8, 2019, to commemorate the anniversary of the arrival of the country’s first Christians.

Five hundred years is sign of fullness, a matter of pride, joy and new inspiration for us. This is a calling for us to be missionaries and move toward a new way of serving the people. —Mgr Moses Costa, Archbishop of Chittagong

More than 8,000 Catholics joined 100 priests, 120 nuns and 10 bishops from all over the country to observe the occasion. Hundreds of worshipers climbed the hills of Diang in honor of the early Christian martyrs and missionaries.

In 1518, Portuguese Catholic merchants settled in the South Asian nation and brought with them their hopes to grow the land and their faith in God. It was only after 80 years when the first priests arrived at the shores of Chittagong and built the first church the following year.

The archbishop of Chittagong, Mgr Moses Costa shared the origins of Christianity in Bangladesh. According to Mgr Costa, the first Catholic missionary, Fr. Francisco Fernandez, opposed the domination of the Rakhine army and was captured and killed for this in 1602. The growth of Christianity threatened the army, and soldiers killed 600 Christians in Diang.

Mgr Costa told Union of Catholic Asian News, “Five hundred years is sign of fullness, a matter of pride, joy and new inspiration for us. This is a calling for us to be missionaries and move toward a new way of serving the people.”

On the last day of the celebration, an inter-religious meeting was held, attended by Christians, Muslims, Hindus and Buddhists. This, to show unity and harmony among different faith groups in Bangladesh. Mgr Costa said “Christian things” are not just for Christians, but for everyone.

Holy Cross Bishop Lawrence Subroto Howlader said, “Today, we gratefully remember the martyrs of Diang and Chittagong, who shed their blood to keep up their faith. Our faith is a legacy of their extraordinary faith and their holy blood.”