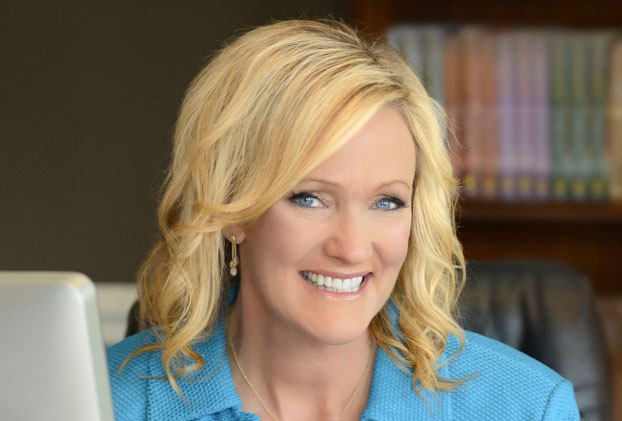 TENNESSEE — With more than 80 novels written and more than 25 million copies sold, Karen Kingsbury is a well-known and well loved author. She considers her unique genre life-changing fiction.

Karen’s love of writing developed early. At just age 5, she stapled some pieces of paper together and created her own book, “Horse.” Every word was misspelled.

Karen was raised in Ann Arbor during her early years. Their house was near Michigan Stadium. So, game attenders parked in front. She sold them hot chocolate to make extra money.

Her family would take vacations in the Mackinac Island and Petoskey areas. It was an area she came to love and would later use as the setting of her first novel, “Where Yesterday Lives.”

Her love of writing continued to grow in Michigan and later in Los Angeles, where she finished school. By college, she had her Plan A, to become novelist, and Plan B, to become a journalist. Plan B proved to be the easiest. So, she started her career off at the L.A. Times.

About the age of 23, Karen met her husband-to-be. He asked her on a date, but also wanted it to include a bible study together. She wasn’t sure about the bible study part, but he seemed nice and was very handsome. Although she attended a church, she didn’t know much about the Bible. On their first date, they studied Philippians 4.

The first three months ended up being rather rough. She didn’t agree with his views on Scripture. Finally, she told him how she felt and threw his Bible on the ground. It broke.

To prove she was right, she went into a Christian bookstore and bought a Bible. Soon, she found it was her views which were not based on Scripture. She felt God telling her it was time to choose which path she would follow. She and her husband were baptized together the next year.

Meanwhile, Karen’s career in journalism led to a book deal with a publisher. Based on her L.A. news stories, she wrote four crime fiction novels. It was these which opened the door for her into the book publishing world. True crime stories, however, proved not to be her cup of tea. The gruesome details were not pleasant to write about on a consistent basis. Still, they helped launch her career as a writer and helped to get her into the next phase.

“When it came to my first novel, I put a lot of myself into it. I loved Northern Michigan growing up, especially the Petoskey, Charlevoix and Mackinaw area. So, my first novel started out there just like I did.”

Karen did her research by returning to the west side of Northern Michigan during a family vacation. There she observed and took notes for the setting of her story.

“I always say that the Lord puts the story in my heart. It’s kind of like a movie. Now, something else may spark my imagination. It may come from church or something else. Then, I pull away from that idea.

“I’ll take out an old fashion notebook and ask God to show me that story. Why did it touch my heart in that way? Then, I come up with an outline for the story.”

Her latest novel, “Someone Like You,” is being released on Tuesday, May 5.

“It is a story about a girl who finds out during her college years that she was adopted as an embryo. So, the family she has grown up with is not really her family at all. Her parents just never found the right time to tell her.

“But across the country, there is a young man who has lost his best friend, a girl he is in love with, and in the process of losing her he finds out she had a sibling who was an embryo donation. So he goes on a quest to meet this girl, his friend’s sister.

“Basically it is a love story about betrayal, forgiveness and hope.”

The inspiration for this story was sparked by a speaking event. Karen speaks at many women’s conferences throughout the year. At one, she was out in the lobby speaking to her host. The host pointed out a woman with three children. She then explained the children were from frozen embryos and the three were actually siblings.

Because her books are love stories, you would think her readers are basically all women. However, Karen says this is not so. She has learned many male readers enjoy certain books of hers like, “One Tuesday Morning,” about a man awakening after 9-11 without his memory. This was especially popular with truck drivers who bought the audio edition to listen to while on the road.

For aspiring writers, Karen says they should “write what is in your heart and then see what God does with it. With my first book, I didn’t have a contract; I didn’t know if anyone would buy it or read it.”

Eighty-plus books later, Karen knows trusting God is the best step to take. Her vision to become a writer of life-changing fiction has become a reality.

For more information on Karen and her books, visit her website, www.karenkingsbury.com.

Disney Plus’ ‘Hamilton’ is marvelous, but it’s not kid-friendly

NBC’s new streaming service Peacock is worth watching — and it’s...

Interview with Actor Cole Marcus from Hit Film ‘I Can Only...

Disney Plus’ ‘Hamilton’ is marvelous, but it’s not kid-friendly

The Latest Research on Baby Walkers