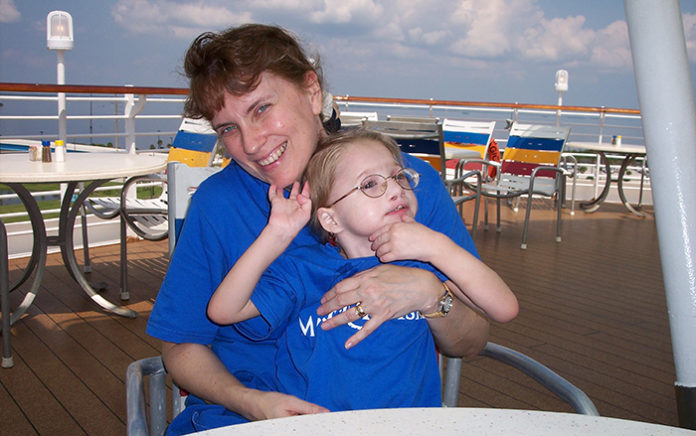 The word tunnel is defined as “in enclosed structure which serves as a passageway through a potential barrier”. This definition implies that a tunnel is a temporary stop on a journey and while it may be dark and isolating while in it; the tunnel is protecting us until we reach our desired destination, which is usually a brighter place. Tunnels are sometimes referred to in comical, entertaining ways. For example, “The Tunnel of Love,” is described in romantic songs and stories. There is also the encouraging phrase: “There is light at the end of the tunnel.” This saying is intended to relieve our angst while experiencing difficulties, reminding us that things will improve. But, what about the Tunnel of Loss that occurs when you lose a child; in some cases, your only child or all your children?

I am unfortunately a member of the “Tunnel Dwellers Club”, an irrevocable lifetime membership which was initiated without my permission. I lost my first child to miscarriage in 1999. As that baby’s gender was unknown, I named the child “Little One” and this mystery baby of mine will always mean as much to me as any child who may have outlived me. The medical explanation I was given was that there was no explanation and that I could have more children.

In May 2001, I delivered a beautiful baby girl named Lois Kathleen who had a rare chromosome disorder called Trisomy 13 or Patau’s Syndrome; meaning that she was born with an extra 13th chromosome, for no specific reason. This disorder causes many birth defects and most children who have it do not reach their first birthday.

Eventually, I stopped crying several hours daily and I finally accepted that I would be visiting her grave in the afternoons after work instead of picking her up from school.

Lois had many of the typical defects: cleft palate, lip, and skull, heart defects, hearing and vision issues as well as overall global delays. While doctors originally said that she would die within a few hours or possibly days, she and God surprised them by gaining strength and demonstrating a strong will to live. When she was a week old, while visiting her in the hospital’s Neonatal Intensive Care Unit as I was learning to provide her specialized care, I began hemorrhaging dramatically for no apparent reason. This hemorrhaging required immediate surgery which resulted in a hysterectomy. Doctors were surprised I lived and stated that I would not have survived had I not been at the hospital. This occurred on Mother’s Day weekend.

Thus, I left the hospital, happy to be alive and with Lois but saddened knowing I would be unable to have more children. Lois endured several surgeries and hospitalizations. The first three years of her life were especially challenging. She was non-verbal and wore diapers but she was always active, happy, and known for her gorgeous smile and entertaining laughter. She gave awesome hugs and expressed anger with snarled looks and stomping feet

When she was three years old, she enrolled at an amazing special needs center within the school system where she acquired the nicknames of “Princess” and “Boss Lady,” both equally fitting. She loved sunshine, recognized people, climbed on furniture, learned to walk with a walker, and participated in Special Olympics. She was the light of my world and over time, God grew me to focus on her gifts and not her lack of abilities.

There are rare survivors of Trisomy 13 living into their 40’s and beyond. Medical professionals dealing with Lois came to consider her as being one of them. Although she evidenced no pain, an annual sonogram in the fall of 2013 revealed that she needed a kidney removed due to massive cysts having formed. The skilled surgeon was very caring and while this necessary surgery went well, she developed a post-surgical bacterial infection that claimed her life. Lois passed away on January 24, 2014.

The hospital staff were relentless in their tireless efforts to save her and I will always be grateful for that. They hold an annual butterfly release for those who lost children at the hospital. A time at which we can show photos and share stories of our children and how we are dealing with the loss. It is bittersweet but therapeutic.

I have had to learn to exist without any physically living children while remaining a mother. The loss of Lois and in some ways, Little One, is the most difficult thing I have ever dealt with. I refer to it as an “Ongoing Adjustment.” It became different over time. Eventually, I stopped crying several hours daily and I finally accepted that I would be visiting her grave in the afternoons after work instead of picking her up from school. It did not get easier or better, but different. This type of existence is the Tunnel of Loss which I refer to and it is unending for me until I rejoin my children in Heaven.

The pain of losing of a child is beyond description and it varies among those of us experiencing it. I attend an ongoing Bereaved Parent Support Group which is helpful as there is no judgment. We have only mutual empathy for one another. I cannot say that to always be true of the general public with whom I’ve come into contact through work, acquaintances, and within the Christian community. Some of my roughest days after losing my children have been due to inappropriate remarks made to me, however unintentional they may have been.

In a follow up article, I will address the idea of communicating with someone who is experiencing deep loss. There are no instruction manuals for things like this and people often don’t know what to say when something devastating happens to a person.

However, there are some very good guidelines that will help you know what not to say and to understand certain attitudes that bring more anguish into a conversation rather than healing.

Thankfully, by God’s grace, I have been able to continue functioning in my professional role as a school social worker. Remembering the loving, supportive nurturing school experience that Lois had provides me with an incentive to successfully serve my students because I know that is what she and God expect of me.

Cindy Sampson is a school social worker in Hillsborough County, Florida. She has a doctoral degree in Human Services and is a Licensed Clinical Social Worker. Cindy belongs to BayLife Church in Brandon where she volunteers on the Connections Team and in the Special Needs Sunday School class. She sponsors a child from Compassion International, volunteers for Special Olympics, and serves on the advisory board of the Brandon Family Resource Center, a division of the Children’s Board in Hillsborough County

10 Ways God is a Faithful Father

Father’s Day Brings Back Memories of My Dad