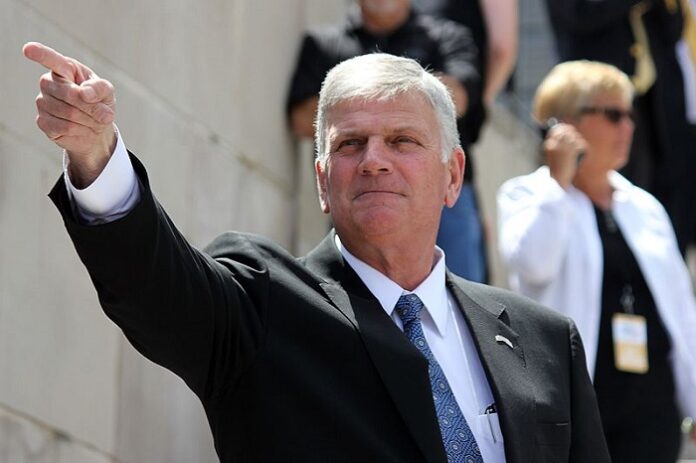 While the Covid-19 pandemic continues to keep most people inside their homes, evangelist Franklin Graham revealed that the Gospel has reached more people this year.

In an interview with Christian Post, Graham, President of both the Billy Graham Evangelistic Association (BGEA) and the Samaritan’s Purse, said 1.7 million people gave their lives to Christ in 2020, compared to 1.3 million the previous year.

It’s God who touches people’s hearts and opens up people’s eyes. The pandemic hasn’t stopped it. If anything, it’s advanced it. —Franklin Graham, President, Billy Graham Evangelistic Association (BGEA) and the Samaritan’s Purse

“I think there’s nothing normal about 2020. We’ve never gone through a pandemic in my lifetime. The world has never been locked down before,” he said. “It’s God who touches people’s hearts and opens up people’s eyes. The pandemic hasn’t stopped it. If anything, it’s advanced it.”

Programs and activities may have been postponed, but Graham said the church has found creative ways to reach out to people and spread the Good News. For BGEA, they launched a 24/7 Gospel call hotline and bought ads on television. He maintained that Christians will find ways to engage with the Bible and share Scripture with others.

The pandemic is a crisis, but Graham welcomed the positive effect it brought to people. “The people’s hearts have been softened a little bit. People who have not listened before are listening now. For evangelism, it may be one of the better years we’ve had,” he said.

A study from the Boston University School of Public Health (BUSPH) found that 27.8% of U.S. adults had depression symptoms as of mid-April, compared to 8.5% before the COVID-19 pandemic.

“Depression in the general population after prior large scale traumatic events has been observed to, at most, double,” explained study senior author Dr. Sandro Galea, Dean and Robert A. Knox Professor at BUSPH.

The Coronavirus has left people afraid and the uncertainty of what tomorrow will bring made people yearn for hope and comfort. Graham said, “I think they’re willing to listen to the Gospel. People are scared and afraid. When you give them the hope we have in Jesus Christ, they’re eager to accept that. When the world turns upside down is when they’re eager to listen.”

Graham also noted the increase in online church attendance. “The pews may not be full, but more people are watching online than those [who usually] attend the church,” he said.

Barna Group also has the same observation. According to a survey among pastors, about one in three church leaders says attendance is higher (35%), about the same (29%) or less than normal (32%).

Poll Finds Nearly 50 Percent of Californians Say They Want to...