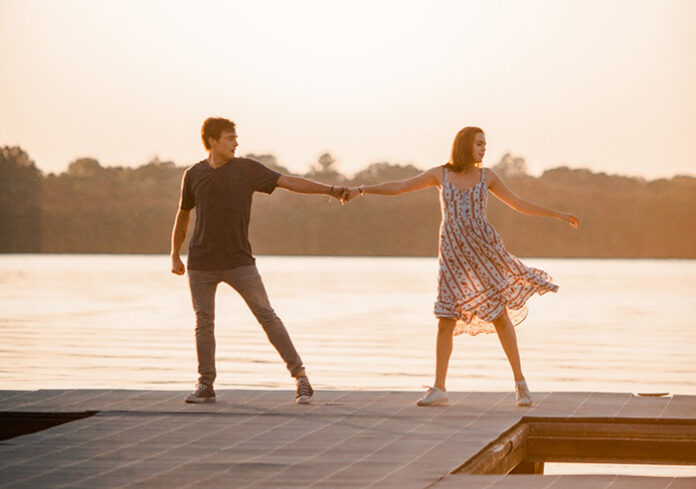 What would happen if you combined the best elements of a Disney teen musical with the inspiring, hope-filled message of a faith-based film — and then tossed in songs by Steven Curtis Chapman, for King and Country, and other Christian artists?

The answer is A Week Away, a new family-friendly musical that launches on Netflix March 26 and breaks new ground in the Christian film genre.

It’s the first faith-based teen-centric musical, and it’s as impressive as anything you’ll ever watch on Disney. The best part? It has a powerful gospel-centric message.

The film tells the story of a troubled teen named Will who agrees to attend a summer camp in order to avoid juvenile detention. Much to Will’s surprise, though, that summer camp is … a Christian camp. Over the course of a week, Will discovers romance and — most importantly — the hope found in the gospel.

Will gets a much-desired second chance in life. It stars Kevin Quinn (Disney’s Bunk’d) as Will; Bailee Madison (Bridge to Terabithia) as his romantic interest, Amy; David Koechner (Anchorman series) as the camp owner; and Sherri Shepherd (30 Rock) as a camp worker.

It was written by two veterans of faith-based films: Alan Powell (The Song, Like Arrows) and Kali Bailey (War Room, Woodlawn). It also includes popular songs from Christian artists Chapman and for King and Country, as well as Amy Grant and Michael W. Smith. And if you’re curious: Yes, the choreography remains in the family-friendly realm.
Madison said she hopes the audience feels “this sense of hope and faith and warmth and love” as they watch it.

“For teenagers growing up, social media is really a crazy thing,” she told me, referencing the tendency for teens to compare themselves to others. “… So I think also the message to teenagers [is] you were created to be exactly who you are, and uniquely you.”
A Week Away includes no sexuality, violence or coarse language.
Also streaming this month:

Animals on the Loose: A You vs. Wild Movie (Netflix) — Perhaps you can’t go on a real-life exploration with Bear Grylls, but this is the next-best thing. Animals on the Loose is an interactive adventure film in which you tell Bear what to do. (You do this by pushing buttons on your remote.) Don’t worry: He survives every time. TV-PG.

The Man from Nowhere (VOD) — An aging author who is nearing death tries reconnecting with his estranged son. It’s a faith-based film that has elements from the Parable of the Prodigal Son, only in reverse. It was produced by Master’s University and includes well-known talent, including Nick Searcy (The Shape of Water). Unrated. Visit ManFromNowhereMovie.com to find a streaming platform.

Made You Look (Netflix) — It’s a fast-paced documentary about the largest art fraud in American history. Over the span of several years, New York art gallery Knoedler & Company sold $80 million in fake art. Some blamed its president, Ann Freedman, but she claimed she was duped. TV-14.
Children

Raya and the Last Dragon (Disney Plus) — A teenage girl sets out to save her world from an evil plague that’s ravaging the land. To do that, she’ll need to find the last magical dragon on earth — a dragon that has powers over the plague. Raya and the Last Dragon has positive messages about friendship and trust. But it also has elements that may trouble some families, including quite a bit of dragon magic and a moderate amount of cartoon violence. It’s also implied that the dragons are worshipped. Rated PG for some violence, action and thematic elements. Animated.

The Muppet Show (Disney Plus) — One of the most creative comedy shows in television history finally lands on Disney Plus. The Muppet Show ran from 1976 to 1981 and followed Kermit the Frog, Miss Piggy and their friends as they stumbled their way through a hilarious variety routine. TV-G.

Jeremy Camp doesn’t write songs for radio: I want to ‘connect with the heart’

Newsboys say they will tour until they are 80: We are just getting started!

Minno is the new streaming platform for Christian kids — and...

Newsboys say they will tour until they are 80: We are...

REVIEW: ‘Alita: Battle Angel’ is a fun ride with a good...