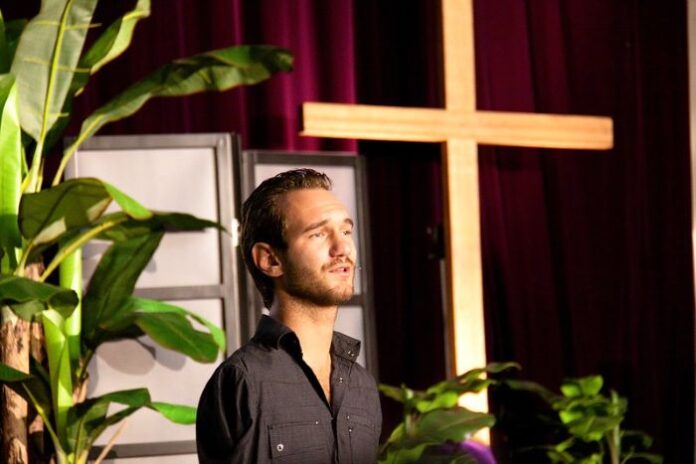 Evangelist Nick Vujicic announced that he co-founded a bank that would give its profits to Christian non-profit organizations.

A few years ago, the Aussie-American motivational speaker realized that many major banks in the United States support abortion clinics. “Most banks — 90%, in fact — give philanthropically toward abortion,” revealed Vujicic. He was appalled that “God’s money” is being used to kill unborn children, reports The Christian Post.

“In America, there have been 77 million abortions — that’s 23% of our population. And one in three Christians has had an abortion,” disclosed Vujicic. “I’m doing my part to rattle the cages of the Church to say, ‘You can’t afford not to tell people that half the abortions in America are done by a Christian.”

A nationwide poll by The Associated Press-NORC Center for Public Affairs Research at the University of Chicago found that a majority of Americans, or 61%, said abortion should be legal in all or most cases during the first trimester of a woman’s pregnancy, 38% did not favor it, reports Uganda Christian News.

While the reason for abortion varies—endangering the mother’s health, a child being born with a life-threatening disease, pregnancy as a result of rape or incest, “Only about half of the public believes it should be possible if the woman does not want to be pregnant for any reason,” the report said.

To combat the abortion crisis facing America, Vujicic partnered with Betsy Gray, his “spiritual mother” to found ProLife Bank. Gray is the executive director of Network Medical Women’s Center in Santa Barbara, California. Unlike most banks, ProLife Bank will donate “50% net profits to Judeo-Christian-aligned-nonprofit organizations to further the Kingdom of God,” said the evangelist.

Vujicic advocates protecting the sanctity of life. Born with a rare disorder called tetra-amelia syndrome, he grew up without all four limbs and this disability gave him a different perspective on sensitive issues including abortion, adoption and the foster care system.

“Just like Noah’s saved lives, so we’re going to save lives with ProLife Bank. It’s based on the understanding that God wants to take back His role and redistribute it through His faithful students,” he shared.

Vujicic, a father of four, said that in 2019, a major bank notified him that they did not want to be affiliated with him and any of his businesses without giving any explanation. He also learned that the charitable acts of his bank were not aligned with his Christian values. This prompted him to contact Gray and start a bank that supports the protection of human life.

Vujicic and his wife spent three months to pray over and think about a pro-life bank. He disclosed that it was a time when they faced the biggest spiritual assault yet. From a grenade thrown at their house, a spy drone, to a lawsuit threat and a false article in a gay magazine, “My world turned upside down,” he said.

Those hurdles made him realize that the protection of life is an issue that’s important to God. “The last 20 years of my life was sharing the Gospel of Jesus Christ to millions around the world. The next 20 years will be, preach where I can, but also bring change, tangibly,” he promised.

Alive From New York: Focus on the Family Rally

Divine Inspiration and the Bible Attribute to Founding of Berry College...

America Needs Revival, but it must start with me