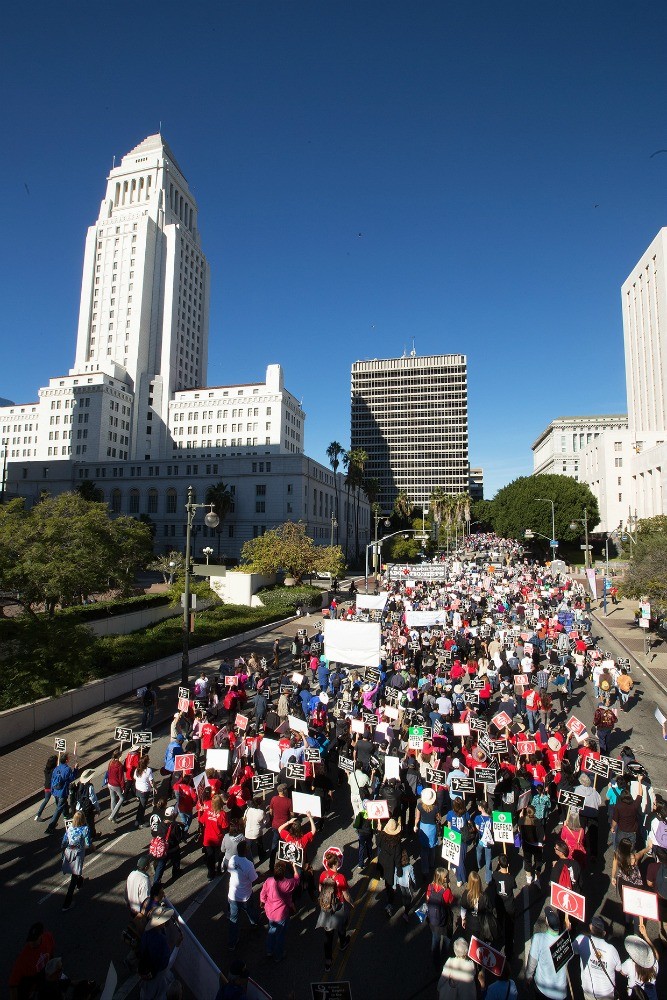 March for Life, the world’s largest pro-life event, will take place in Washington D.C. on January 18, 2019.

Not everyone can make the long trek to D.C., particularly people from southwestern parts of the United States. Residents of Southern California have a solution: OneLife LA.

Celebrating their five-year anniversary, OneLife LA is a walk for life in downtown Los Angeles for all of Southern California. Five years ago, Archbishop José Gomez “envisioned an event that would embody a civilization of love.”

With each year, OneLife LA has grown in attendance. Last year over 35,000 Californians filled the streets making it the largest event of its kind that celebrates the beauty and dignity of every human life from conception to natural death. “OneLife LA brings people together to celebrate the beauty and sanctity of human life and to build friendships and partnerships to promote human dignity in our community,” said Archbishop Gomez. “OneLife LA is more than an event. It is movement and a vision. OneLife celebrates the beauty of human life and calls all of us to work together to serve the poor and the vulnerable in our community.”

The event beginst 12:30 p.m. on Saturday, January 19, ending with a festival in LA Historic Park, which will include live music, food trucks, and inspiring speaker testimonies. Keynote speaker Lizzie Velasquez, is an American motivational speaker, author, anti-bullying activist, born with a rare disorder that prevents her from gaining weight. Lizzie grew up looking considerably different from the other children. She was bullied due to her appearance, and the fact that she is vision-impaired only added to the challenges she faced. Despite having a difficult childhood and adolescence due to the constant bullying, she emerged to be an emotionally strong woman thanks to the unconditional support of her family. She eventually became a motivational speaker and an outspoken anti-bullying activist.

“OneLife LA is different in that we create a family festival atmosphere,” said Adrian M. Alarcon, Director of Media Relations Archdiocese of Los Angeles. “We partner with a number of non-profit groups. Attendees can sign up for service projects in order to put our theme into action.”

Attendees can sign up for service projects in order to put our theme into action.

There will be a number of additional speakers including Jamie Grace, a Contemporary Christian artist who earned a top-five album with her debut effort, One Song at a Time. She is a two-time Grammy-nominated singer-songwriter. Her song “Hold Me” was nominated for a Grammy Award in 2012, the same year she won the Dove Award for a new artist.

Abby Johnson, Former Planned Parenthood director who became a prominent anti-abortion activist after resigning in 2009 will also be speaking. Johnson later became the head of the organization, And Then There Were None, which ministers to abortion workers. Her 2011 biographical book, Unplanned, is set to be released as a feature film this spring.

“The last five years have taught us that the community wants OneLife LA,” said Kathleen Domingo, senior director of the Archdiocese’s Office of Life, Justice and Peace, which spearheads the event. “Archbishop Gomez had a vision for an event that launched a movement! OneLife LA recognizes the human dignity of every person, born and preborn, and invites people to create a culture of life in every situation. It is the antidote to our divided nation and to the great need in our community.”

History of the March for Life

On January 22, 1973, the Supreme Court invalidated 50 state laws and made abortion legal and available on demand throughout the United States in the now-infamous decisions we know as Roe v Wade and Doe v Bolton. Recent changes on the Supreme Court have created the opportunity to reverse this decision.

What started as a small demonstration in Washington D.C. following the decision has grown to be the largest pro-life event in the world with many sister events across the nation. Click HERE for an event list.

Fox News reported 100,000 people attended last year in D.C. However, the number varies depending on the media coverage. It is safe to say hundreds of thousands are expected to be in attendance for the 2019 March for Life.

Unable to attend an event?

Register HERE to pray from home as iPRAYforLIFE partners with Intercessors for America.